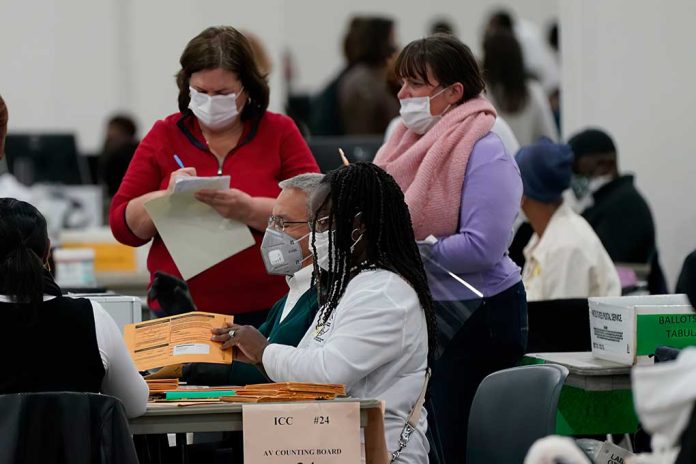 (NewsBroadcast.com) – The Arizona State Senate hired Shiva Ayyadurai and the Election Systems Integrity Institute to examine mail-in ballots from the 2020 general election in Maricopa County. On February 22, he presented his findings which noted that more than an estimated 200,000 votes may have had mismatched signatures, but no one ever cured them before counting. The institute’s study enlisted the help of 3 novices and 3 experts and asked them to look at 499 ballots to determine which ones had a mismatched signature between what was on the envelope and the voter’s signature on file. They concluded 12% did not match and should have been cured.

While counting the ballots during the last general election, officials found about 25,000, or 1.3%, of mail-in ballots had questionable signature matches. A mismatch requires the ballot counter to contact the voter and verify its integrity.

However, the results of the pilot study showed the number should have been much higher. According to the study, officials should have cured over 204,430 ballots and rejected 5,277 in Maricopa County.

At the same time, former President Donald Trump called for a Congressional investigation to prove Democrats conspired with Big Tech to rig the 2020 election results in President Joe Biden’s favor. If Republicans win the majority in Congress in November, he may get his wish.