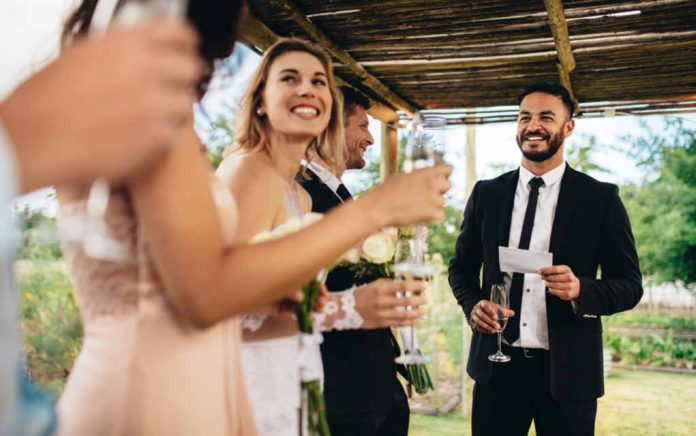 (NewsBroadcast.com) – Weddings are often the most marvelous day of a couple’s life, filled with friends and family. From the ceremony and flowers to the dancing and cake, couples usually want everything to be just right. But, as with most things, it turns out that people, not things, are usually the ones to make a mistake. In one wedding, the best man made such a terrible miscalculation during his speech he left a bridesmaid in tears and got kicked out of the party.

When preparing to give the speech, the best man in question figured he wouldn’t plan to acknowledge the bridesmaids ahead of time and would instead just think of a funny joke to say right on the spot. This lack of preparation was his first mistake.

During his speech, the best man turned to the bridesmaids and told them that all but one of them looked “stunning today.” One of the women immediately broke down crying and the bride then told him, “I think it’s best you leave.”

The best man later said there was clearly a bridesmaid who was less attractive than the others and understood where his joke went very, very wrong. The Daily Mirror shared more of what happened:

Many people have heard less than ideal wedding speeches over the years, but this one tops the list of horrific things said at weddings. Hopefully, this guy is not invited to give speeches anytime soon, or if he does, he’ll run all his jokes by the recipients ahead of time.