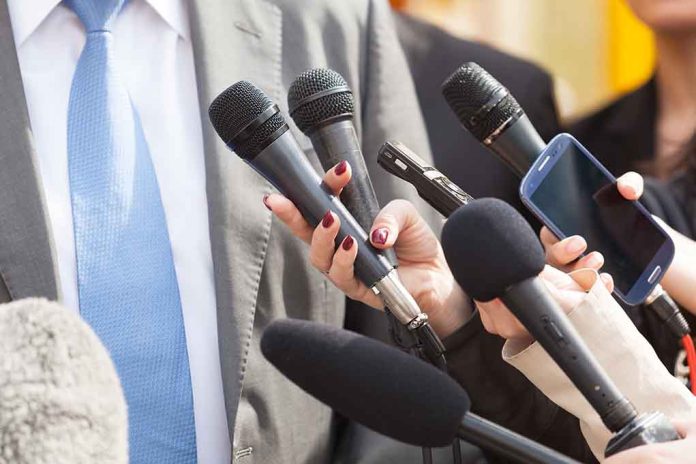 (NewsBroadcast.com) – After a little over a year in the Oval Office, President Joe Biden’s frustration with reporters continues to show. On February 13, an exchange between NBC’s Lester Holt and the president aired in which the impatient leader called the reporter a “wise guy” for bringing up his past remarks about inflation. Unfortunately, the irritable response is not the first one of its kind from Biden. He recently called Fox News’ Peter Doocy a “stupid son of a [expletive]” when he too asked about inflation and snapped back at other reporters for their questions as well.

Fox News shared a montage of shocking moments on Twitter when the president exhibited his inability to keep his cool with reporters during his short time in office.

AND DON'T CALL ME SURLY: A look at Biden's most confrontational moments with reportershttps://t.co/DIGOHRaP18

In June, he told CNN reporter Kaitlan Collins she might be in the “wrong business” when she asked about Russian cyberattacks, causing many in the media to show concern about the leader’s inability to hold his temper.

In response, Olivia Nuzzi from New York Magazine stated perhaps Biden was in the wrong business if he couldn’t “field questions from the media” and keep his cool at the same time. If the POTUS is already showing frustration with media questions, some wonder how much the conversations will go downhill over the next three years.