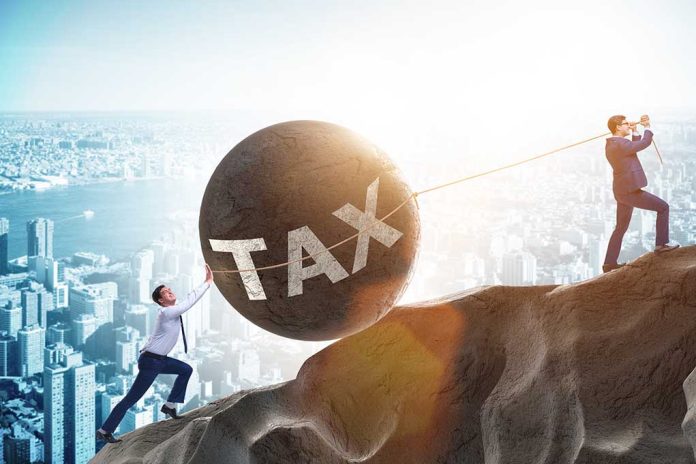 (NewsBroadcast.com) – California has always led the way as far as progressive policies go. Its latest proposal is no different. State lawmakers have now introduced a bill to fund “CalCare”, a single-payer health care system that it would fund by almost doubling taxes on Californians and their businesses.

This January, California Assemblymember Ash Kalra penned ACA-11, a bill proposing a single-payer health system in California, similar to that of Canada and the United Kingdom. However, to pay for such an enormous undertaking, the bill proposed the state increase taxes by around $12,250 per household to bring in the additional $163 billion needed to fund the program.

California weighing proposal that could double its taxes https://t.co/ifxzNyuGFX #FoxBusiness

Additionally, the bill would impose an added payroll tax on companies with over 50 employees who make more than $49,990 a year. Many critics have emphasized how this could slow the growth of small businesses that would not want to increase their tax burden by over $90,000 by hiring their 50th worker. If California progressives continue to push this through Congress, they will likely deter business growth within California and push more companies to flee to states with lesser tax burdens.