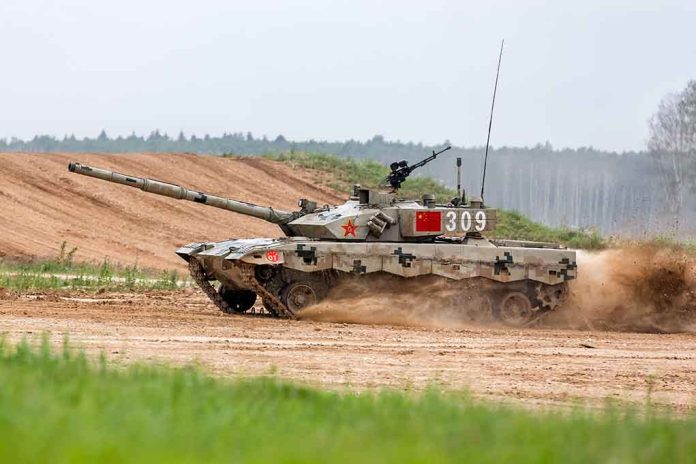 (NewsBroadcast.com) – Tiananmen Square in central Beijing, China, became the site of a bloodbath in June 1989. The communist government unleashed soldiers and tanks upon throngs of peaceful protesters, killing what some estimates say were thousands of them. So, it becomes easy to understand the concerns that some have with allegedly seeing those steel behemoths patrolling city streets to protect banks from frightened and angry citizens.

Tanks are being put on the streets in China to protect the banks.

This is because the Henan branch of the Bank of China declaring that people's savings in their branch are now 'investment products' and can't be withdrawn.

Developers of residential property in China are facing cash shortages, leaving many homes in an unfinished state. That has caused borrowers in 18 provinces and 47 cities to initiate a mortgage payment boycott. The armored vehicles seen above were supposedly seen in Henan province after protests erupted when that branch of the central bank declared the savings accounts of depositors had become “investment products” and could not be withdrawn.

A journalist with the state-run Shanghai Daily said the video attributing the image of the tanks to Henan province was essentially fake news but was instead a routine training exercise in the city in the Shandong province. Newsweek said it compared images from video with those available on Google maps and this journalist’s contention appears accurate.

Given the country’s history, can anyone blame citizens for immediately expressing concern? What do you think?