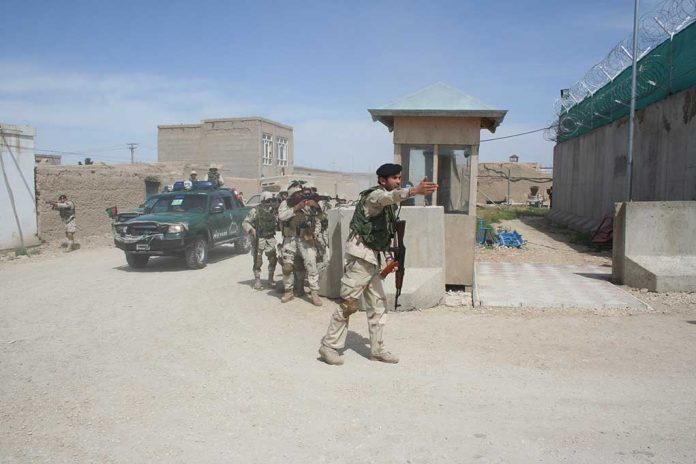 (NewsBroadcast.com) – To say the withdrawal of troops from Afghanistan has been a complete disaster wouldn’t be an understatement. The Middle Eastern country quickly fell to the Taliban, who seized the capital city of Kabul on Sunday, August 15. While many people are quick to blame President Joe Biden and his administration — and they certainly deserve some of the blame — one Representative pointed the finger at an unlikely party — Liz Cheney (R-WY).

Rep. Warren Davidson (R-OH) held an exclusive interview with Breitbart on Monday. To nobody’s surprise, he criticized how the Biden administration handled the withdrawal, saying it wasn’t done correctly and was a “failure.” However, he also called out Liz Cheney, saying she played a part in the bungling, making it more difficult for former President Donald Trump to meet his exfiltration goal.

One of the stumbling blocks that kept former President Trump from executing his withdrawal plan was the APTA amendment to the National Defense Authorization Act (NDAA). In June 2020, Cheney co-sponsored this bill with Rep. Jason Crow (D-CO) in what some call a blatant attempt to delay efforts to end the war in the Middle Eastern country. It placed five conditions on the withdrawal of US troops, and until met, it restricted the funding needed to bring our troops home. In essence, the number of troops in Afghanistan could not drop below 8,000. Naturally, this amendment drew lots of ire from Conservatives, and deservedly so.

Donald Trump was insistent on having our troops out of Afghanistan by Christmas of 2020. However, to keep the peace in the area and meet the APTA conditions, Trump negotiated with the Taliban. That effort pushed the withdrawal date back to May 1, 2021. Had Biden stuck with that, Davidson muses, it would have given the country a fighting chance. According to the army veteran, “bad weather favors an exit more than the mid-summer right now.” He even suggested a different exit strategy centered around the current climate in the Middle East would have benefited troops.

Not all of the blame falls on Cheney. Davidson also says Biden is doing the US no favors. He’s making the US look weak and needs to send a strong message to the rest of the world, but especially send a “clear-cut message … to the Taliban” to not mess with America. Biden, however, is also playing the blame game, pointing fingers at not only Trump but at former administrations, too.

Yes, he is the fourth president to preside over the Afghan war, but he’s also the one who messed up the withdrawal, and badly so. So while entering the war might be George W. Bush’s legacy, the country falling back to the Taliban is undoubtedly Joe Biden’s.