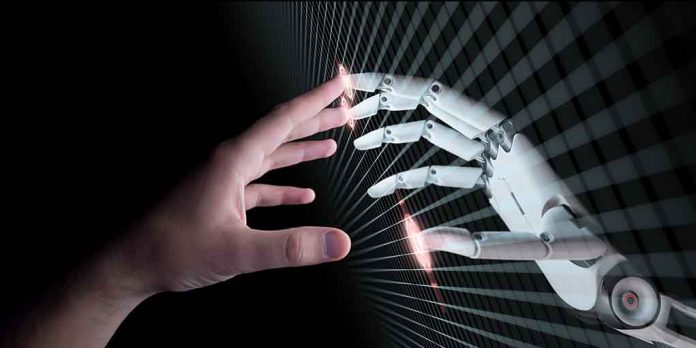 (NewsBroadcast.com) – Since 2008, the birth rate in the United States has continually fallen, with the exception of 2014. According to Econofact, it has decreased a staggering 20% since 2007, with no real explanation. Now, one expert thinks the birth rate will not only decline further, but people will soon opt to care for digital, or artificial intelligence (AI), babies instead.

An expert on artificial intelligence says that within 50 years, parents will opt to have “digital offspring” that only exist in the metaverse due to concerns over the environment and overpopulation.https://t.co/NTUyRn4ql8

Catriona Campbell, a leading AI authority in the UK, says digital babies will be the new solution for people who want to be parents, but don’t want to raise real children due to “concerns about the environment, overpopulation, [and] the rising cost of bringing up a child.” These “babies” would be created in the likeness of their parents, and they could supposedly cuddle and play with them, much like a real child — except digitally.

There will be an updated version of the Tamagotchi pets children played with in the 1990s. The toys will have the ability to coo as babies and potentially engage in conversations as they age, much like the pets engaged with users. AI babies don’t contribute to the population and give people a way out should they decide that they’ve grown bored with being a parent. They can simply cancel their subscription service when they decide they’ve had enough.

Overpopulation has been a concern of some experts for quite some time. Many fear it will lead to an adverse effect on not just humanity, but the environment as well. They worry that it will lead to quicker depletion of Earth’s resources and negatively impact climate change.

On the other side of the spectrum, the declining birth rate poses its own problem: shrinking populations. This can have a detrimental effect on society as well as the economy. Fewer births equate to slower economic growth in that there are fewer people around to create goods and offer services — such as caregivers, which also affects the societal element. Additionally, this would lead to lower demand which would, in turn, lead to an increase in unemployment. Higher unemployment rates also trigger economic effects, as you can’t buy what you can’t afford, and societal impacts such as physical and mental health issues.

What do you think about the potential for this technology?