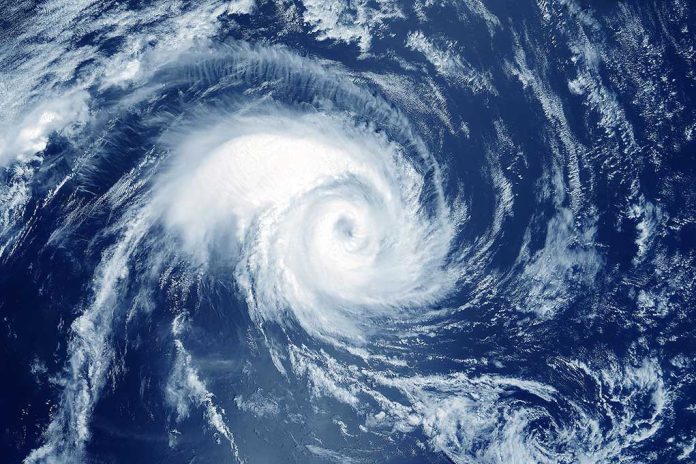 (NewsBroadcast.com) – Most people know the eye of a storm for its eerie calmness, and now researchers have a way to see and track the tumultuous interior of hurricanes as they approach from the ocean. The National Oceanic Atmospheric Administration (NOAA) recently launched its first fleet of ocean drones, allowing the government agency to see inside of ocean storms as they barrel towards land.

On Thursday, September 30, Saildrone Inc. teamed up with the NOAA to release Saildrone Explorer SD 1045 into the middle of Hurricane Sam, a category four storm in the Atlantic Ocean. Saildrone posted a short video captured from the drone’s onboard camera:

Saildrone Inc. built the drones to withstand the intense winds and waves of incoming storms to help researchers better track the destructive hurricanes as they head towards shore. Researchers have used these drones in both the Arctic and Southern oceans to gather information. Richard Jenkins, Saildrone founder and CEO, called hurricanes the company’s “last frontier for Saildrone survivability.”

The released footage gave viewers a glimpse into the physical processes of a hurricane. This information could greatly help storm trackers in the future, allowing for coastal cities and towns to better prepare for incoming weather events.