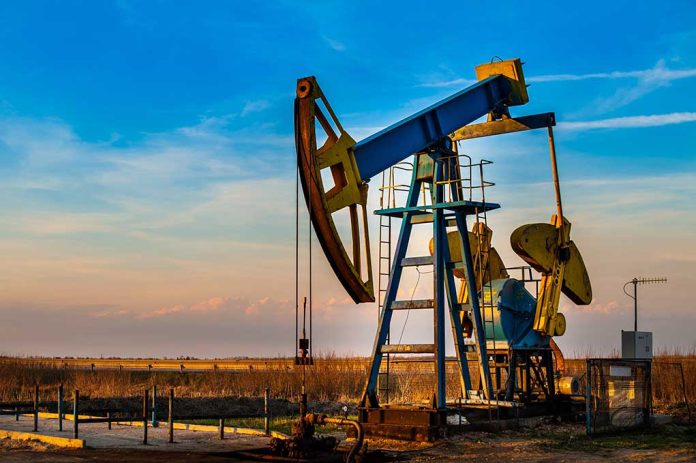 (NewsBroadcast.com) – On June 16, the United States House of Representatives held a vote on HR 7606, the Lower Food and Fuel Cost Act. Prior to the vote, Representative Ted Budd (R-NC) submitted an amendment to the proposed legislation that would require President Joe Biden and the Bureau of Land Management (BLM) to make timely decisions regarding gas and oil drilling on federal land.

The process for energy companies to get to the fuel under the ground is, like most things government-related, a bit complex; at its core, it’s a two-step process. First, they must obtain a lease that gives them the right to extract it, and then they must get a permit to begin the work.

Because of the federal court ruling, the administration essentially hit the pause button on the approval process. Budd issued a press release that claims that the number of approved permits “in January 2022 was 85% lower than… April 2020,” and nearly 5,000 pending approval are stuck in the BLM pipeline.

As millions of North Carolinians struggle with $5/gallon gas, the Biden administration is slow-walking the approval of new drilling permits.

That’s why Budd submitted the amendment to the Committee of Rules, so the BLM would be required to make a decision within 90 days after they receive an application for a permit. However, Democrats on the committee refused to even consider the legislation, meaning it didn’t get discussed on the House floor and was never officially part of HR 7606. Budd plans to fight on, hoping to introduce the legislation again as a stand-alone bill.

With gasoline prices skyrocketing to unheard-of levels, the administration has announced they will resume selling leases, but on far less land and with a sharp increase in royalties the companies pay to the government for that right. And at least for now, the backlog of permits will remain.