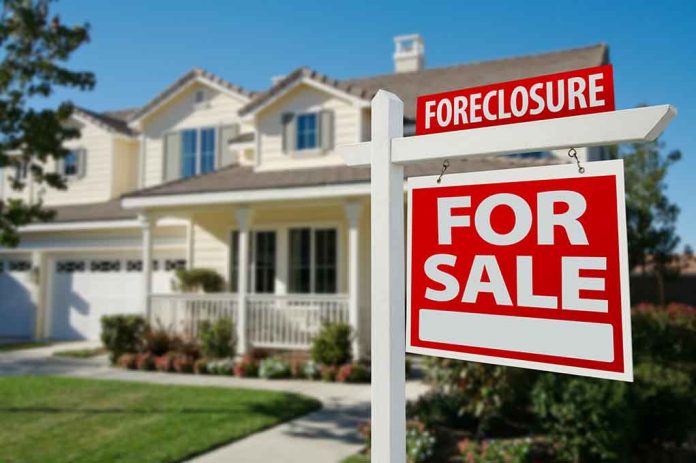 (NewsBroadcast.com) – When one enters the world of homeownership, they’re introduced to certain financial obligations such as the mortgage and property taxes. The mortgage lender, city, or county has the right to take (foreclose on) the property to pay off the debt. This happened to Deborah Foss, and she is suing the city of New Bedford, MA, for “home equity theft.”

A #Homeless 66-year-old grandmother is suing a New England city for “home equity theft” after her home was seized for a tax debt and sold but her equity in the property was not refunded to her. https://t.co/9olmJXh4Sj

The process Foss was involved in is extraordinarily complex as far as the law is concerned, but the basic facts are as follows. Ms. Foss fell behind on her taxes in 2016, and the city initiated legal proceedings. The city assigned the debt to an agency for collection, giving it the right to collect 16% interest on the balance and to foreclose on the property under Massachusetts state law.

The complaint says that the law did not allow Foss to act as her own attorney (or pro se in legal terminology). She could not afford one, nor was she able to find assistance through legal aid. Eventually, she lost the title to the property and was evicted. The complaint also alleges that the house was ultimately sold on March 1, 2022, for more than $230,000 above what the agency paid the city for the lien.

The law leans in the direction of defending the agency’s right to keep the house and its value in a foreclosure. What do you think? Should states change the laws concerning how much collection agencies can profit over and beyond what is actually owed?