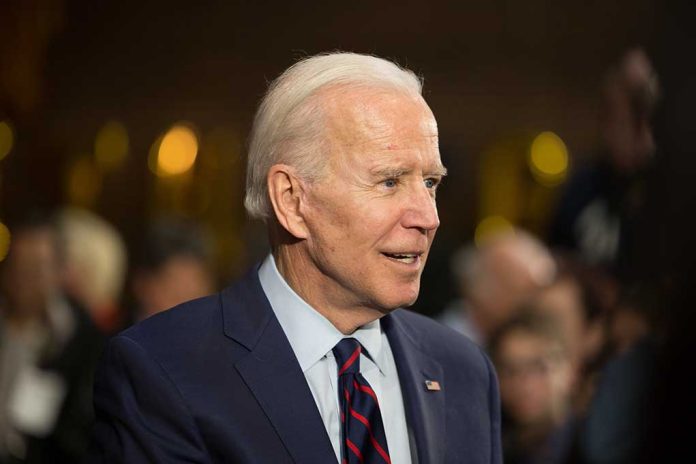 (NewsBroadcast.com) – This may be the singular most obvious comment to make at this point in time, but gasoline prices at the pump are staggeringly high, and it’s hitting Americans in their bank accounts. Hard. Speaker of the House Nancy Pelosi (D-CA), and other Democrats in the House of Representatives, have concocted a plan that they are selling to quickly solve the problem and the related spike in home fuel oil prices. Could they be looking for a win during a midterm election year where there’s a realistic chance they could lose control of both houses of Congress?

The long title for HR7688 is the “Consumer Fuel Price Gouging Prevention Act”, which is a lot of words to say they essentially want to give President Joe Biden and the Federal Trade Commission (FTC) the ability to control market prices at the pump. On May 19, Speaker Pelosi’s gavel came down on a 217-207 vote to approve the measure and send it to the Senate for consideration.

Representative Frank Pallone, Jr. (D-NJ), chairman of the committee on Energy & Commerce, said that the bill will give the president the ability to declare an “energy emergency proclamation.” This would allow him to sic the FTC on the oil companies if they are charging “excessive” prices. It is also worth noting that the legislation doesn’t define what that means or what price point they are talking about.

Four of Pelosi’s party broke ranks and voted against the bill, and they were:

Murphy voted against the bill because, as she so aptly describes one of the basic tenants of economics, prices are rising because the consumer demand is exceeding current supplies. She is afraid that “if this bill becomes law, it could further reduce supply.”

Congresswoman Fletcher, in a public statement, echoed those concerns and said the way to solve the problem is to increase the available supply, including the need to “replace Russian oil….”

Reasons for the Increase

The supply and demand equation is not as simple as it may sound; one must look at what happened that led to the shortage. The first domino in this chain that toppled was out of everybody’s control, and that was the COVID-19 pandemic and the lockdowns it caused.

Once everything was shut down, people had less need to travel to stores and restaurants or commute to work, which severely cut demand. In response, oil companies reduced their drilling operations, and in fact, some smaller corporations completely shut down.

Another factor was the decision of Russian President Vladimir Putin to invade Ukraine, which led Western countries to place an embargo on his country’s oil and gas — as Representative Fletcher alluded to. Also, as the editorial board of The Wall Street Journal noted in a recent op-ed, certain actions by the current administration in regards to oil and gas leasing of federal land, which included ignoring a federal judge’s order, have also played their part.

Under President Biden’s leadership, inflation has run out of control, which has put a squeeze on families across the country. Now, Pelosi and the rest want to give him the ability to crack down on the free market economy. From the conservative point of view, it’s probably a good thing that the chances of this passing through the Senate sit somewhere between slim and none.