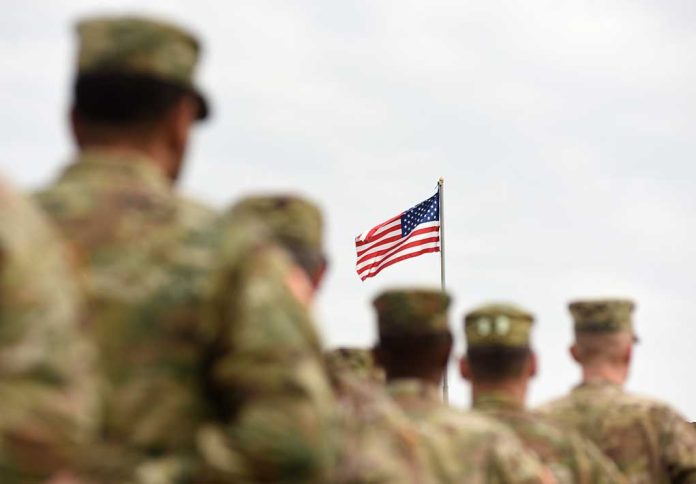 (NewsBroadcast.com) – For decades, US troops have received various vaccinations as part of their job requirements, from tetanus inoculation to a jab protecting the receiver from measles, mumps, and rubella. However, as servicemen and women stare down a mandate to receive the coronavirus vaccine, many are trying to obtain religious exemptions with no luck.

As of mid-December, at least 1,746 Army troops, 4,756 airmen, 2,751 Navy recruits, and 3,144 Marines have applied for a religious exemption to the coronavirus vaccine. However, according to the decades-old rule, military members must prove they have a “sincerely held belief” preventing them from receiving the vaccine in order to be exempt. This is difficult for many as they did not previously object to other vaccines mandated by the military.

As of Thursday, December 16, the military branches have released 6 Army commanders, 103 Marines, and 27 air force members from duty over the vaccination order. The Navy also began discharging sailors the week before Christmas. As of December 19, the military has not granted any religious exemptions to the mandate. Stars and Stripes magazine shared more about the process:

Obtaining a religious exemption is rooted in a process that predates the pandemic and has been used for decisions such as whether troops on duty can wear head coverings or beards for religious reasons.https://t.co/PGSX7g3Hzz

Given the long history of vaccines in the military and the close-quarters most troops live in, it’s no surprise that this battle is happening among the ranks. Some service members may be willing to give up their role if their commanders reject their religious exemption request. For others, they may simply have to comply with the mandate.