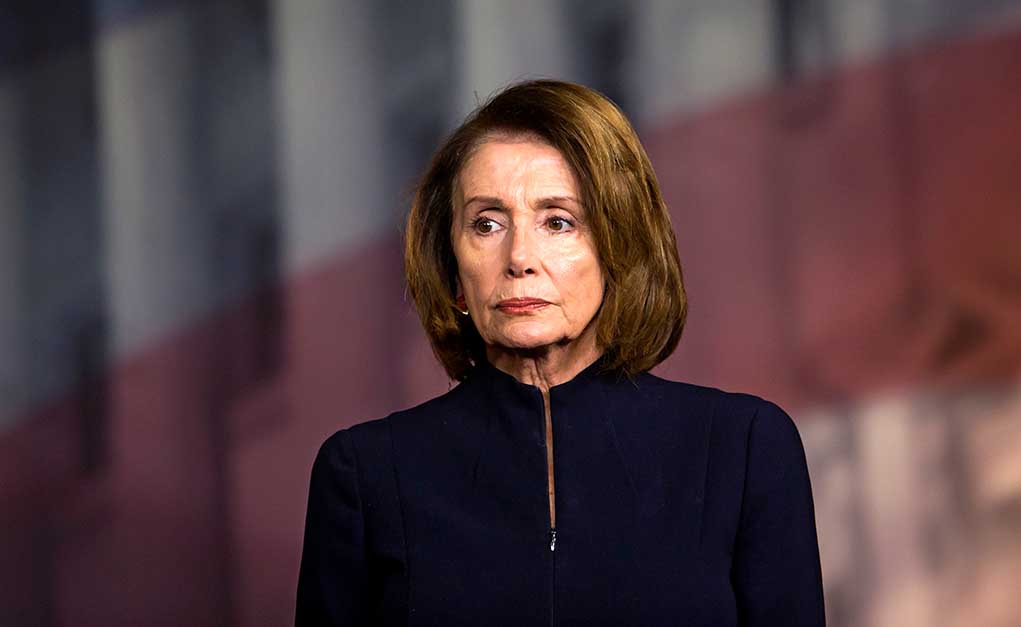 (RightWing.org) – In the 1970s and early 1980s, America endured one of the toughest stretches of rising prices and out-of-control inflation in American history. Gas shortages, sky-high food prices, and anemic job growth decimated many Americans’ hopes and dreams. The oil embargo of the 1970s brought about a change in America as it was a significant moment that ended the mass upward mobility of American society.

They say what comes around goes around. Today, inflation is eating at Americans’ opportunities to get ahead. Yet, that may be where the comparison between a bygone era and today ends. On Sunday, May 15, House Speaker Nancy Pelosi (D-CA) appeared on ABC’s Sunday morning show with George Stephanopolous. When he asked Pelosi what caused inflation, the Speaker offered an old answer that doesn’t satisfy today’s economic climate.

On Sunday, Pelosi said inflation was caused by low unemployment, high wages and low supply due to COVID, including the mixing of the Russian war on Ukraine. Yet, fact-checkers at Politifact took exception to her economic view of today’s economy. On Tuesday, they said this was an outdated view and that since the 1990s, it has taken a number of hits.

Politifact said economists told them that other factors are playing into today’s inflation that didn’t impact high inflation in the past. They said from 2012 to just before the pandemic began in 2020, inflation ran between 0% and 2.9%, but unemployment ranged from 3.5% (near all-time lows) to 8.3%. So, despite low unemployment, inflation didn’t run rampantly out of control.

Brookings Institution economist Gary Burtless explained other factors in the US economy that bucked Pelosi’s conventional economic theory since the 1990s, including strong productivity growth and globalization of the US economy. He said the link between unemployment and inflation has not existed for 30 years.

Regarding the situation in Ukraine, University of California-Berkeley economist Emi Nakamura told Politifact that most economists view the war in Ukraine as a classic supply shock.

So, blaming unemployment is too simple to explain, and it no longer applies in this economic environment.

Could Government Be the Root Problem?

Last fall and again on April 14, former Obama Treasury official and economist Steven Rattner pinned the inflation problem on President Joe Biden and Congress. He appears to follow a theory by Milton Friedman, who said inflation could be directly tied to government spending. Rattner said poor economic policies by the White House, Congress, and the Federal Reserve led to the current inflationary crisis.

Rattner argued that the $1.9 trillion American Rescue Package passed by Democrats on a party-line vote in March 2021 flooded the economy with too much money. When people and businesses are flush with money to spend but not enough supplies to spend the money on due to low productivity, it forces prices higher.

By blaming inflation on low unemployment and higher wages, Pelosi skirted any responsibility for the Democrats’ role in the inflationary crisis, which is likely to end in a recession ahead of the midterm elections.

Congress can’t fix a problem until it acknowledges it caused the problem and reverses course. Of course, don’t count on that happening.