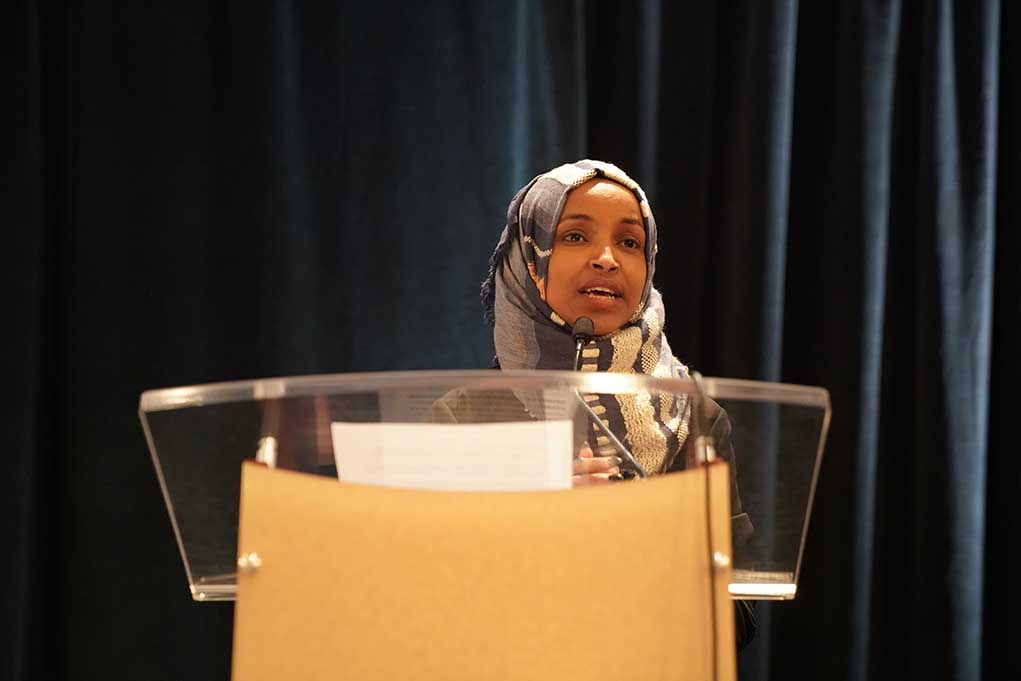 Look What Ilhan Omar Wants Congress To Do NOW!

(RightWing.org) – For decades, the United States has championed human rights across the globe. The US government has supported the view that those who commit egregious violations should be held accountable. Yet, it doesn’t support joining the International Criminal Court (ICC), perhaps for a good reason.

Omar Wants the US to Join the ICC

In a statement on April 14, Omar said in the wake of human rights violations by Russia, the US should join the ICC. She rightfully stated that the US is only one of a few countries that are not members of the international court. She argued that by not joining, the US was acting against its own principles to uphold human rights and hold Russia accountable for bad behavior.

Her resolution was co-sponsored by members of the far-Left in the House. Since voters first elected Omar in 2018, Omar has accused Israel, Saudi Arabia, India and even the US of causing a humanitarian crisis, leading some to wonder if her interest in the ICC has more to do with her agenda than Russia.

While the ideal principles of the ICC may be noble, there is a good reason the US has not entertained joining the international court.

ICC Would Supersede US Sovereignty

US law allows the federal government to impose sanctions on countries that are a serious threat to the United States. Over the last 20 years, the US has placed sanctions on countries and foreign individuals connected to terrorism and the proliferation of weapons of mass destruction. These include Iran, North Korea, and Syria. Russia is also on the list, thanks to its war against Ukraine.

In 1988, Europe established the ICC to prosecute leaders for war crimes, crimes against humanity, crimes of aggression, and genocide. European countries were firmly behind the court. In 2002, 60 nations ratified the court’s existence through a treaty. However, the big three nations of the United States, Russia, and China have never signed on to it.

A Heritage Foundation report said there were various reasons for our lack of involvement in the ICC. It said the court’s ratification would impact US sovereignty and lacked proper safeguards to prevent political manipulation. Additionally, the conservative think tank argued that the court lacked accountability to the United Nations Security Council (UNSC). As such, the ICC could claim jurisdiction over US territory, including but not limited to US military personnel.

The Heritage Foundation said the problems were so systemic that President Bill Clinton urged incoming President George W. Bush not to ratify the treaty.

So, why would Omar and her far-left cohorts want the US to entangle itself in a court that could supersede US law and the protection of the US Constitution?