Justice Roberts Is Reportedly Trying to Save Roe v. Wade 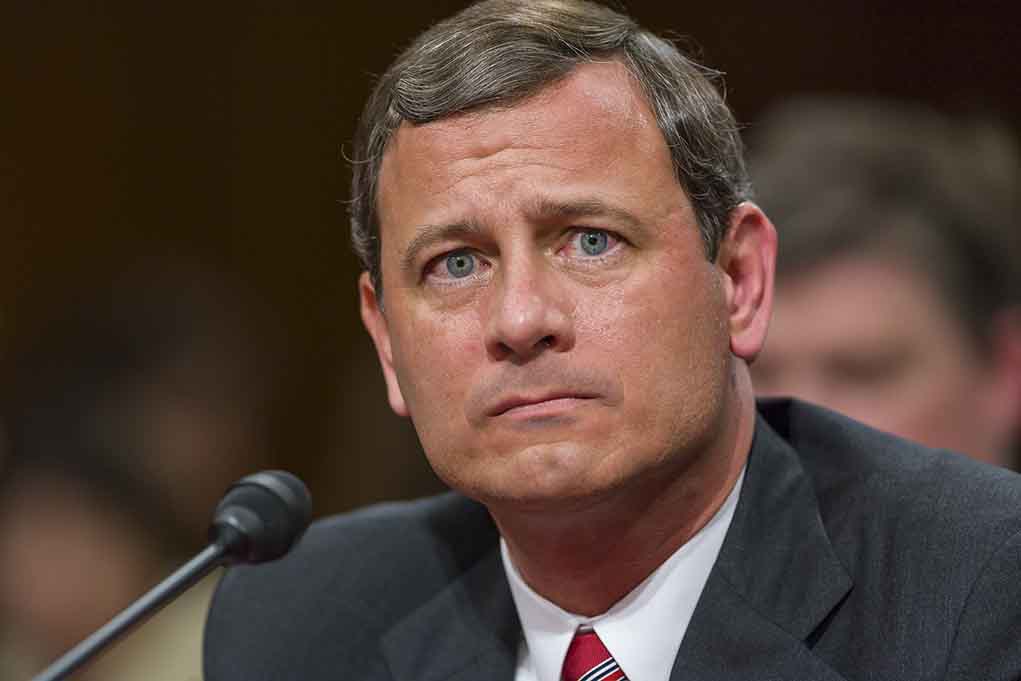 (RightWing.org) – In December, the US Supreme Court (SCOTUS) heard the Mississippi case, Dobbs v. Jackson Women’s Health Organization. The Left believes that Conservatives on the court could overturn the 1973 landmark case Roe v. Wade that legalized abortions in America. Many Conservatives believed that the court erred back in ‘73, citing the 10th Amendment of the US Constitution.

In 2012, Chief Justice John Roberts became a thorn in Conservative’s sides when he ruled in favor of Obamacare. When President George W. Bush nominated Roberts in 2005, he labeled himself an originalist, meaning he interpreted the Constitution’s meaning at the time Congress ratified the amendments. Yet, on numerous occasions, he’s sided with the liberals of the court in critical cases. Now, the Wall Street Journal reports Roberts could be trying to implore at least one of the conservative justices to side with the liberal wing of the court to uphold Roe.

The Mississippi law bans nearly all abortions after 15 weeks of pregnancy. In 90 minutes of oral arguments, the majority of the court’s conservatives appeared to be prepared to overturn Roe. The primary debate could center around the 10th Amendment.

The Constitution provides the federal government little leeway in creating broad, massive social laws. The 10th Amendment says whatever powers are not directly granted to the federal government belong to the states and the people. It’s one reason why the states are solely responsible for education and public health. The 10th Amendment created the principle of federalism.

Conservatives broadly believed the 1973 Supreme Court decision ignored the 10th Amendment and created a right that the Constitution didn’t grant the court, thereby legislating from the bench. However, Roe was accepted by the court as the final say on the matter — until now, potentially.

Is Roberts More Concerned About the Image of the Court?

Over the last several years, the Left has targeted the court’s conservative wing. They insinuate that the court wasn’t legitimate when it ruled against them, and it may impact Roberts. The chief justice is an institutionalist, and he regularly speaks out on the importance of the high court’s need for credibility.

Could that be at play in Dobbs v. Jackson?

The Left claims the political backlash against the SCOTUS will be brutal if it allows the Mississippi law to stand. In December, the chief justice appeared to argue a middle ground during oral arguments. Still, the Wall Street Journal noted if Roberts is successful in wooing one conservative justice to his side and the court rules against the Mississippi abortion law, it won’t change perceptions of the court. Critics will still attack it, and the abortion issue won’t be settled in America as half the states want restrictions on the controversial medical practice and half don’t.

So, will Roberts save Roe?

Will Conservatives prevail in the abortion case?

Will the 10th Amendment win the day for pro-life Conservatives?

Stay tuned. The court could decide anytime from mid-June to early July.