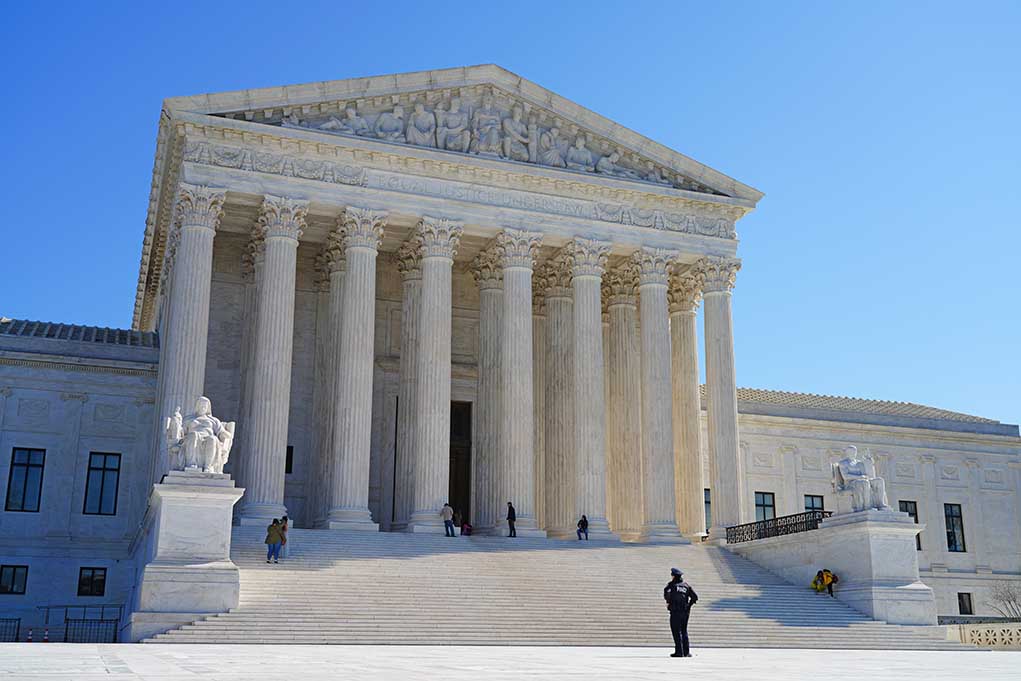 (RightWing.org) – As the climate change battle rages in federal courts, the US Supreme Court (SCOTUS) may deal the progressive movement and President Joe Biden a blow to their plans when they deliver their ruling sometime later this spring or early summer. On Monday, February 28, the Court heard arguments in a high-stakes decision that could impact how the Environmental Protection Agency (EPA) regulates carbon emissions.

It’s a familiar refrain at the federal court. After President Barack Obama assumed office in 2008, he spent two terms trying to reshape America’s environmental policies to control climate change. The former president attempted to get Congress to pass legislation, but the GOP blocked his legislative plans. That’s when Obama took matters into his own hands and used the EPA to create regulations in the absence of legislation. The crutch of the case is that the Trump administration overturned the Obama regulation. Democrats sued, and that is the situation before the SCOTUS, which could strip the EPA of a major climate change tool.

In 2015, Obama’s EPA created what’s known as the “outside the fence line.” Instead of requiring new pollution controls for power plants, the EPA set limits on how much a power plant could emit pollutants, hoping to force states to invest in solar and wind power. The idea was that renewable energies would reduce the demand for coal-burning electricity generation. Coal companies sued and said the rule was outside of the law, and the SCOTUS agreed in 2016.

In 2017, the Trump EPA said the outside the fence line rule went beyond the authority Congress gave to it in law. Trump revoked the Clean Power Plan and replaced it with the Affordable Clean Energy (ACE) rule, changing how the EPA calculated carbon pollution. Democratic-led states sued the Trump administration and won at the DC Circuit Court of Appeals. Conservatives appealed to the SCOTUS. In West Virginia v. Environmental Protection Agency, Conservatives argued before the Supreme Court that the EPA lacked the authority to create the outside the fence line rule to broadly force lower emissions, except through pollution control technology.

There is a critical central issue at stake — it’s called the “major questions” doctrine. What it says is that the SCOTUS should not defer to an agency’s interpretation of law concerning a vast economic or political significance. It works in conjunction with the nondelegation doctrine, which upholds the separation of powers between the three branches of government.

Here’s how it plays out — the Supreme Court has made it clear over the last 15 years that if Congress intends to say something, it should say it plainly and clearly. Congress writes many massive pieces of legislation with bloated words that leave the law’s meaning and intention open to interpretation. In turn, this allows the executive branch to interpret a law in the manner it chooses and allows it to exercise the role of Congress in writing legislation through regulations. This bypasses the separation of powers intended by the US Constitution.

The key question is, was the EPA simply regulating emissions, or was it regulating industrial and energy policy outside of the scope of the law?

How the SCOTUS answers the question will determine how much authority the Biden administration has to shape US environmental policy through regulations without specific Congressional authority in an evenly divided Senate and razor-thin margins in the House. If the Supreme Court rules that outside the fence line regulations are prohibited, it will significantly constrain Democrats and the White House from enacting its environmental agenda without Congress’ explicit consent in law.

Stay tuned. This ruling could have wide-sweeping implications well beyond this case.