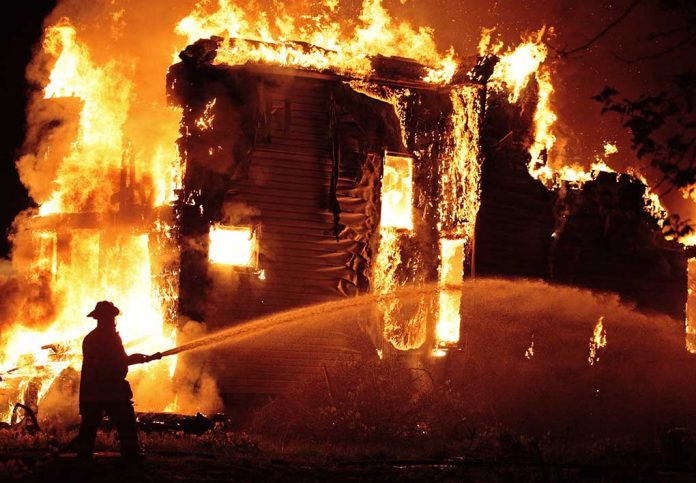 (NewsBroadcast.com) – Black Lives Matter (BLM) protests started after the death of George Floyd in May of 2020. At first, many of them were peaceful demonstrations put on by upset citizens. However, others rioters who simply wanted to destroy cities and attack police officers led other protests. One such criminal was sentenced to almost a decade in prison this week, using evidence he filmed himself.

On Tuesday, August 10, the Department of Justice (DOJ) announced that Matthew Lee Rupert, an Illinois resident, was sentenced to 105 months in prison and 3 years of supervised release after that. Rupert traveled from Illinois to Minneapolis strictly to riot, encourage property damage, and attack law enforcement officers.

While this is the story of many rioters now facing justice, Rupert sealed his own fate by videotaping many of his criminal acts. That more than two-hour clip showed Rupert handing out bomb tech, lighting a Sprint store on fire, and harassing police officers.

Convicted #BLM arsonist Matthew Lee Rupert drove more than 400 miles from Illinois to riot in Minneapolis on 28 May, 2020. In addition to handing out shell explosives to rioters, he doused lighter fluid over a pile of boxes inside a store & set it on fire. https://t.co/VxqpeCeynR

Michael Paul, the special agent in charge of the FBI’s Minneapolis field office, celebrated that the city was able to deliver justice to “another violent offender” who inflicted “reckless and deliberate damage” to his city. Paul encouraged residents that the FBI, along with law enforcement, will continue to find and convict criminals who incited violence and tore their community apart over the past year.