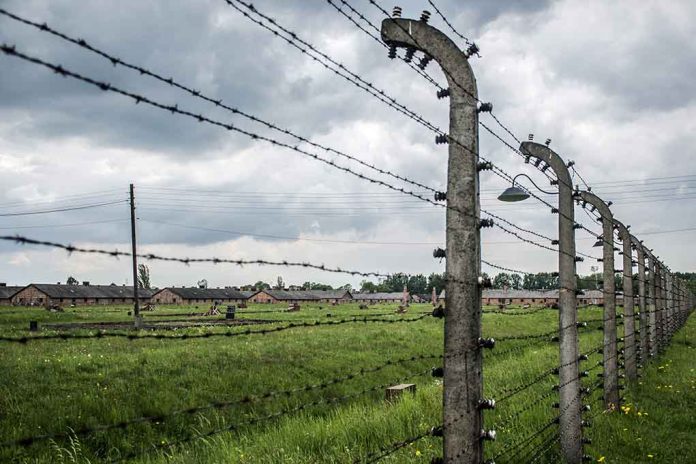 (NewsBroadcast.com) – The world has watched in horror as Russian President Vladimir Putin unleashed his military on neighboring Ukraine. Allegations of war crimes committed by Putin’s troops against Ukrainian civilians have filled the airwaves for weeks. Most recently, reports emerged accusing Russia of setting up concentration camps for incoming Ukrainian civilians and prisoners of war.

On Tuesday, April 26, NewsMax published an exposé discussing coverage of the camps by Gulagu, a Russian website. (For those unfamiliar with the term, “gulag” is the Russian word for prison.) According to NewsMax, Gulagu recently reported that Russian special services personnel set up concentration camps inside facilities run by Russia’s Federal Penitentiary Service.

Russia has created concentration camps to house Ukrainian prisoners of war, it was reported.

Likewise, BBC News recently reported that Russian troops were holding civilians in “so-called filtration camps” near the Ukrainian seaport city of Mariupol. A couple of Ukrainians who escaped from a detention facility told BBC the facility “was like a true concentration camp.”

On April 24, Metro published an article detailing Ukrainian President Volodymyr Zelenskyy’s reaction to the camps. Holding nothing back, he called Russia a terrorist state whose actions resemble the atrocities committed during Hitler’s reign over Germany.

Zelenskyy also discussed the ramification of the discovery of several mass graves inside Ukraine. He explained that several contained the bodies of “tens of thousands” of civilians.

What are your thoughts? Do you think the Russian military is setting up concentration camps inside Russia and Ukraine?