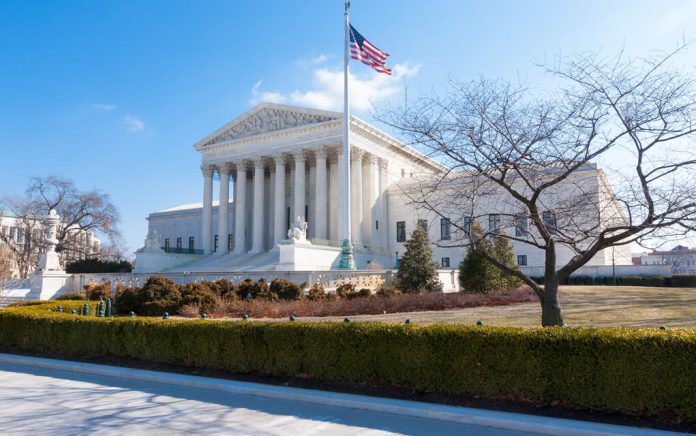 (NewsBroadcast.com) – The First Amendment ensures freedom of religion for both expression and assembly. It also forbids Congress to promote or reject one specific religious affiliation over another. As long as a sacred gathering is peaceful, organizations and groups are allowed to assemble and petition the government for their beliefs. In recent news, the city of Boston stands accused of violating these freedoms by restricting a specific flag from flying at City Hall. Now, the Supreme Court has made a decision in the Shurtleff v. Boston case.

A Judeo-Christian activism group named Camp Constitution asked to fly a Christian flag in honor of Constitution Day at Boston’s City Hall. One of the three flagpoles in front of this government building is available for public use upon request. The city has approved over 280 such requests over the past 12 years.

That didn’t stop Boston from saying no to Camp Constitution. The group responded by suing the city on the basis that the refusal violated the First Amendment.

Members of the US Supreme Court (SCOTUS) unanimously voted that Boston disregarded the First Amendment with the city’s rejection of raising the Christian flag. Justice Stephen Breyer spoke out, agreeing that the city of Boston restricted the independent group’s freedom of speech.

The Supreme Court rules that the city of Boston violated the First Amendment when it refused to fly an outside group's Christian flag in front of city hall (despite flying various other groups' flags). The decision is unanimous, and it's the only opinion of the day.

Justices Samuel Alito, Brett Kavanaugh, Neil Gorsuch, and Clarence Thomas shared similar opinions. They concluded that the actions taken inside Massachusetts were unjust and against the merits by which America lives.

Breyer pointed out that nothing is halting Boston from adjusting its policies. In the future, they can restrict private entities from flying flags in front of city hall. However, it may only proceed after altering its own regulations.