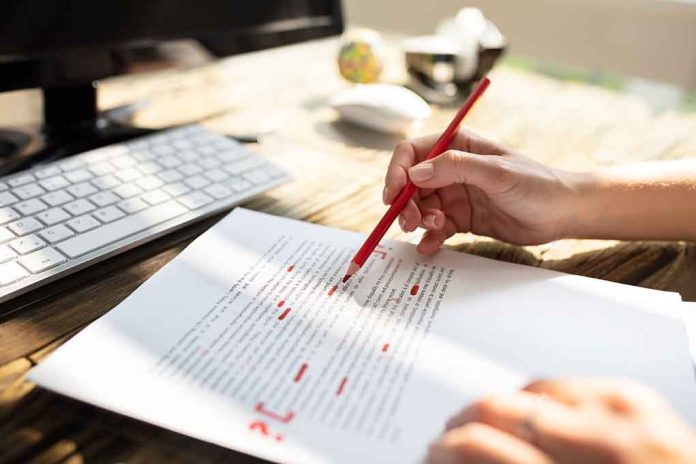 SHE Wants The Power To EDIT Your Tweets!

(NewsBroadcast.com) – For those who grew up in the Cold War era, every time that Nina Jankowicz makes the news, it’s understandable why President Joe Biden’s Disinformation Governance Board might give them flashbacks to the old Soviet Union. The latest video of an alleged Zoom teleconference, shows her describing her version of a new America where “trustworthy” people — which of course includes her — would be permitted to “add context” to Twitter posts.

Concerns about Jankowicz have reached the highest levels of government, as evidenced by a letter sent to her and signed by several members of the House Judiciary Committee, including Reps. Jim Jordan of (R-OH), Darrell Issa (R-CA), and Michelle Fischbach (R-MN). In it, they have expressed their worries, alleging that she pushed disinformation for the Left before taking office. Specifically, she claimed she was able to vouch for the Steele Dossier’s information.

The representatives want to hold a briefing with Jankowicz because they feel there is a “serious threat to free speech posed by the Administration’s actions” by forming the disinformation board. The Biden administration maintains the new board won’t censor free speech at all but would instead come up with suggestions on how the government can combat it. Jankowicz’s previous remarks make it very clear she’d like nothing more than to become intimately involved with what people post on social media.

How do you feel about Jankowicz’s remarks?