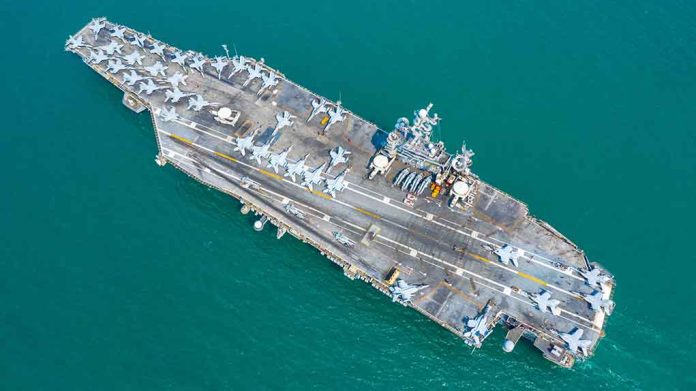 (NewsBroadcast.com) – Landing a fighter jet on the small deck of an aircraft carrier is no easy feat. Unfortunately, when conducting some routine training exercises in the South China Sea this week, one pilot was unable to successfully land his jet and ended up crashing the F-35C Lighting II on the deck of a nuclear-powered Nimitz-class aircraft carrier.

On Monday, January 24, the US Navy announced that one of its most complex and expensive fighter jets had a “mishap” while attempting to land on the USS Carl Vinson. The pilot ejected from the plane, and a helicopter quickly recovered the aviator. The crash injured seven additional sailors, all of whom are in stable condition.

The Western Journal shared more about the incident:

This unexpected ordeal has placed the Navy in a very difficult spot. https://t.co/Hkmt5bNXj9

Reports say the plane skidded off the carrier’s deck and into the sea, putting the $100 million fighter jet into a precarious spot. The Chinese military would love to get its hands on the cutting-edge technology within the plane, so the US military are reportedly racing to recover the jet first. However, finding the aircraft will likely be difficult depending on the prevailing weather conditions, waves, and other elements.

Thankfully, all those involved in the accident are safe, and the US military is working swiftly with its allies to recover any sensitive technology before it makes its way into enemy hands.