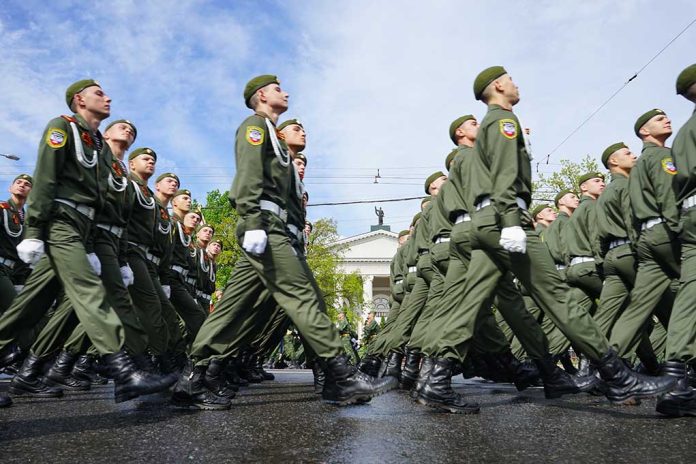 (NewsBroadcast.com) – United Nations (UN) ambassador to the US, Bathsheba Crocker, wrote a letter to the United States with information she claimed came from a credible source about Russia’s plans if they decide to occupy Ukraine. According to her sources, Russia has a list of specific people they would kill or send to camps if they chose to occupy its neighbor.

Although Kremlin spokesperson Dmitry Peskov asserted the plans in the letter were a “lie,” Crocker fears Putin will use wartime atrocities like kidnapping, murder, and torture against a select group of Ukrainian people. The most likely targets would be anyone who is against Russia’s actions, and the ambassador believes troops from the Kremlin will use “lethal measures” to quell any protests against them as well.

Newsweek posted part of the UN ambassador’s letter on Twitter.

"We also have credible information that Russian forces will likely use lethal measures to disperse peaceful protests or otherwise counter peaceful exercises," the ambassador said. https://t.co/CRNbjPiQTp

White House Press Secretary Jen Psaki stated that President Joe Biden is “committed to pursuing diplomacy” with Russia until they move into Ukraine. At that point, Biden plans to deal “severe consequences” upon Putin’s country.

On February 21, the Russian president sent troops into two Ukrainian territories he previously recognized as part of sovereign Ukraine on what he deems as a “peacekeeping mission.” The United States and the UN still believe a Russian invasion is coming.

Do you believe Russia will occupy Ukraine, or do you think Putin will stick to the territories seeking independence?