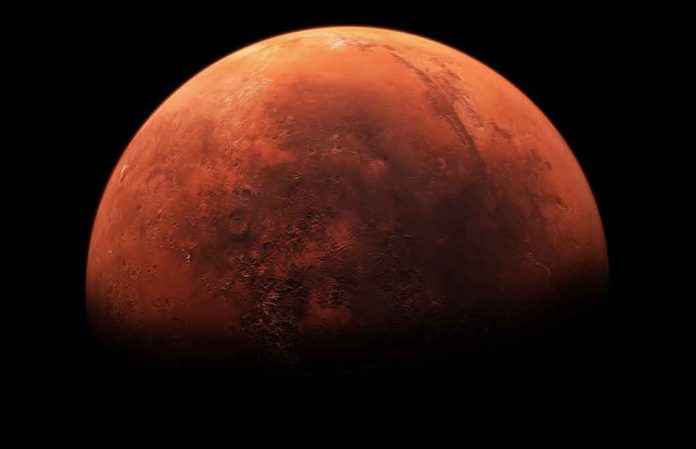 (NewsBroadcast.com) – While scientists have known about water’s presence on Mars for a while, they deemed most of it too inaccessible or unstable for astronauts to use in future missions. However, a new discovery by the ExoMars Trace Gas Orbiter (TGO) revealed there is a large amount of water in some likely-usable form just beneath the planet’s surface.

On December 15, scientists announced how their TGO rover discovered enormous amounts of water or water-rich minerals just below the surface of Mars’ Valles Marineris canyon. The likely oasis is approximately the size of the Netherlands, and scientists believe that around 40% of the canyon’s near-surface material is water.

The discovery came from the ExoMars Trace Gas Orbiter, which was sent to Mars in 2016 to map the hydrogen near the planet's surface.

Experts are not sure whether the water detected is ice or water-rich minerals.

This new finding is the first step towards understanding exploitable water on the red planet. Scientists hope that future astronauts visiting the planet can use its water to sustain themselves, but also believe future missions may be able to use it to fuel a flight back to Earth if needed.

Additional studies in the coming months will hopefully reveal just how the water got to its current home in Mars’ Grand Canyon, as well as what astronauts would need to do to extract it. This discovery is definitely the latest spark to fan the flame of space exploration in hopes that one day, a deeper understanding of the red planet could help those on Earth.