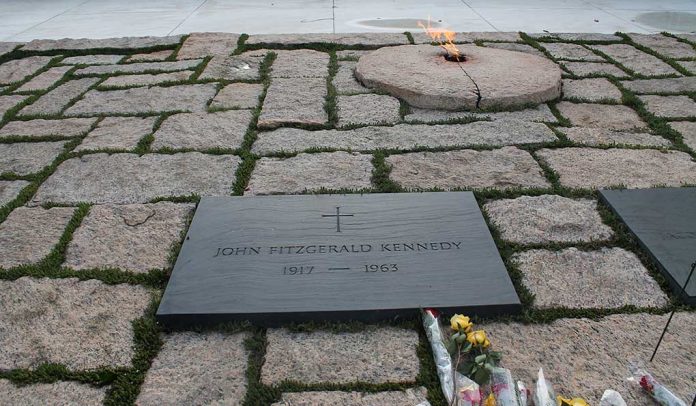 (NewsBroadcast.com) – The President of the United States (POTUS) holds a prestigious and vital position in our government. Because the role is so critical, the Constitution has various provisions covering what should happen should a president no longer be capable of fulfilling his duties to serve the people.

Among those provisions, the 25th Amendment is significant in determining who takes office if the president cannot remain in power. It also creates a framework for removing a sitting president if he or she is unfit to serve.

Let’s review the details and complexities entailed in the process of removing a president from office and how the 25th Amendment works.

The Line of Succession

The line of succession is the legal rule of who takes over the office of the U.S. President if the sitting president can no longer hold the position. It outlines every possible scenario for what happens if those at the top of the line cannot serve.

The 25th Amendment covers the beginning of the line of succession. As explained by the National Constitution Center, the amendment declares that if the president leaves office, the vice president assumes the position. The new president nominates a candidate to take the vice-presidential position he or she has just vacated, and Congress must affirm the nomination by a majority vote of both houses.

If there is a situation where both the president and vice president must leave office, the line of succession falls to the Speaker of the House. If the Speaker cannot take the position, the next position in line is President Pro Tempore of the Senate.

In the event the president, vice president, Speaker and President Pro Tempore are all unable to hold the office of president, the line of succession will then go to cabinet members in the order of the creation of their offices, starting with the Secretary of State.

The designated survivor’s purpose is to ensure governmental continuity to run the country should an unspeakable disaster or event occur, killing or incapacitating everyone else in the line of succession. This position comes from Article II, Section 1 of the Constitution, the 20th Amendment, and the Presidential Succession Act.

Removal of a Sitting President

The 25th Amendment helps not only with succession after the death or incapacitation of a sitting president, but it also addresses removing a president from office.

Section 3 of the 25th Amendment allows presidents to step down by notifying Congress in writing that they cannot serve. The president delivers this message to the Speaker of the House and President Pro Tempore of the Senate. The vice president then becomes acting president.

Presidents may use this for temporary situations. This situation occurred in 1985, when President Reagan stepped down for cancer surgery, placing Vice President George H.W. Bush temporarily in charge as president. President George W. Bush also used it in 2002 and 2007 during routine colonoscopies.

Section 4 addresses a more complicated situation when the president does not or cannot recognize his or her inability to serve. This type of situation became a concern during the crisis surrounding the assassination of John F. Kennedy.

Should Kennedy have survived but been incapacitated, the law, as it stood at that time, would have made it difficult to have removed him from office or to have allowed Lyndon Johnson to take over as acting president. The only legislation addressing a president leaving office at that time was Article II, Section 1, Clause 6 of the Constitution, which said in the event of the president’s inability to hold office, the vice president takes over the office. However, there was no clear way to determine “inability.”

With Section 4 of the 25th Amendment, Congress cleared things up by stating that if the president cannot declare himself or herself unable to serve, the vice president and a majority of the Cabinet may declare in writing that the president is unfit to hold the office.

Congress has the final word and must approve the request to remove the president from office by a two-thirds majority of both houses. If this occurs, the vice president assumes the position.

Removing a sitting president is never an ideal situation. It requires careful thought and determinations to avoid unconstitutional decisions. With so many parts of the Constitution and other laws addressing the question, we know the country’s leadership is safe in any situation, even one in which a sitting president may be unable to continue to hold office.