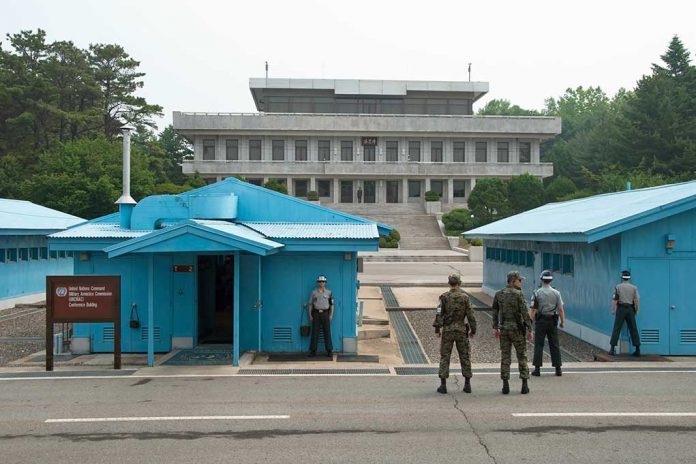 The Korean Conflict is a result of occupations occurring in Korea after World War II. The conflict continues today and is a confusing situation that requires looking back in history at how it all began.

After World War II, the United States had serious concerns about the spread of communism. The National Archives explain the Soviet Union backed a Communist government in North Korea, and the US backed a free nation in the South.

On June 25, 1950, troops from North Korea attacked the south along the 38th parallel. The US sent soldiers to prevent the North from invading the South.

The fighting mostly took place in the north, but lots of lives were lost including Koreans in the south and US troops. In addition, many prisoners of war were taken by both sides.

No End in Sight

While fighting stopped in 1953 with a truce agreement, there was never a peace treaty signed by both sides. Because of this, the war never technically ended.

Nobody achieved the ultimate goal of reunification. The country remains divided today, and tensions are still high between the north and the south.

The US still provides military support to South Korea today. The countries signed a Mutual Defense Treaty to form a long-standing alliance and allow for American troops to continue to remain in the country.

The Korean War or Conflict remains a heavy cloud over the divided country. Despite many attempts to resolve issues, North Korea remains defiant and separate. South Korea has flourished under its relationship with the US and has a booming economy with wonderful global relationships.