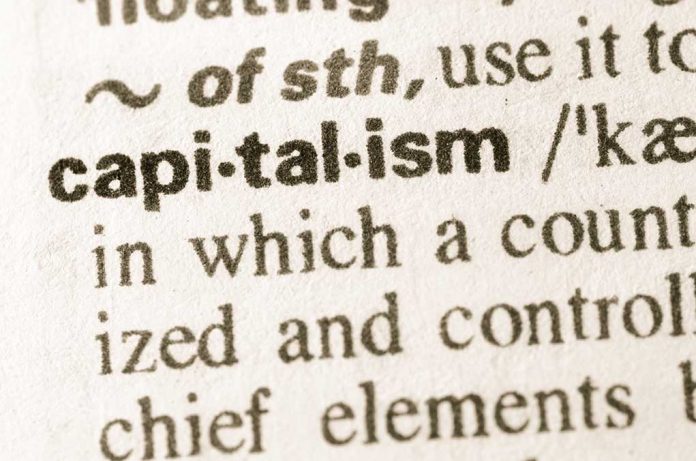 (NewsBroadcast.com) – At its heart, capitalism is a system under which private individuals, rather than the government, control the economy. Its overarching goal is to allow people to capture resources and turn them into a reliable income as they see fit. Individuals own the means of production, while the free market mediates opportunity for success.

As simple as this economic concept sounds, it remains both misunderstood and the source of significant debate. Anti-capitalists claim it to be unjust, unfair, and in some cases, rife with inequality — but is this really true? Cut through the confusion and discover why capitalism is just in this short overview.

Capitalism allows people to earn money through their own efforts. It embraces the idea that you have the freedom to choose how you earn your income, without interference or restriction from the government, and with everyone having equal opportunity to earn money the way that works best for them.

How countries implement capitalism, however, can vary widely. In a pure laissez-faire market, the economy operates almost entirely without intervention or regulation. Individual rights supersede the rights of the state. Switzerland and Hong Kong fall closer to this mark than the United States, as the latter maintains more control over the free market with tariffs, embargoes, sanctions, and regulations.

Still, the core ideals of capitalism remain the same, regardless of where countries fall on the spectrum. Private individuals control economic capital to at least some degree rather than the government. The free market, which is regulated by supply and demand, distributes that capital. The government has little to no control over the free market.

When you compare capitalism to other forms of government, it becomes easier to see exactly how fair it really is. For example, in communism, the state controls all capital and makes all decisions about allocation. The government effectively owns the means of production, allowing them to control the market directly, too.

Socialism, on the other hand, is a blend of capitalism and communism. The state controls some aspects of the market, while individuals control others. However, individual control is minimal, and government interference is often heavy.

The US is almost completely capitalist, but there are areas in which it maintains aspects of socialism. The control of law enforcement, military, and other public services falls to the government to help ensure security. State sponsorship provides more stability and assurance these services will be there when citizens need them.

Capitalism also helps to encourage innovation. If companies do not keep creating better products, they will fall behind. The same is true for anyone wanting to enter the market with a new business. They have to offer something nobody else does to grab any share of the market.

When looking at communism and socialism, the cultivation of innovation is not there. It leads to markets stalling and no growth potential. When this happens, they lose the market share, giving capitalist economies a chance to take over.

Perhaps the biggest misconception about capitalism is that it is unfair. People who think this often cite how some people make significantly more money than others for work that isn’t as meaningful. For example, professional athletes often make much more money than a teacher, but people argue a teacher’s work is more important than an athlete’s.

The problem with this way of thinking is that it has no economic roots. The Heritage Foundation explains that, under capitalism, jobs pay workers based on revenue earned from that job. An athlete makes more because his job earns more revenue than a teacher.

When people take jobs as teachers, they know the income potential. If they want to make more money, then capitalism allows them to find a different profession. Nobody makes anyone work in a low-paying job. Everyone has the opportunity to better their position in life, and that is what makes capitalism fair.

Capitalism is a just system. It benefits everyone through opportunity and fairness, which gives people the ability to control their financial situations. Arguments against capitalism often arise because people believe everything should be equal regardless of personal achievements.