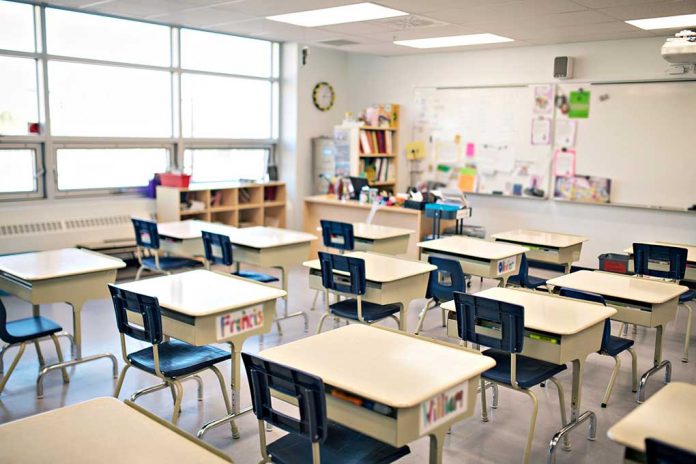 (NewsBroadcast.com) – What starts in the heights of academia typically trickles down to primary schools and our government. In the instance of Critical Race Theory (CRT), however, citizens across the nation are standing up against the racist ideology attempting to make it into our nation’s schools. Even in California, a largely Democratic state, one school board has joined together to ban CRT and its teachings.

On Tuesday, August 10, the Board of Trustees for the Paso Robles Joint Unified School District officially banned CRT and the “divisive ideology” that comes with it. The board defined CRT as “an ideology based on false assumptions” that is “fatally flawed” and emphasized that the theory is inherently racist. It also highlighted that it is unconstitutional because it violates every American’s right to equal protection under the law. Instead, the theory seems to promote judging people by the color of their skin.

While schools can teach about CRT, just as they can about communism and dictators, this ban ensures teachers will not try to sway students to believe in these ideologies.

Fox News was one of the first sites to catch wind of this bold school board:

California school district blocked critical race theory this week – banning what the board defined as a 'fatally flawed' ideology 'based on false assumptions about the United States of America and its population'https://t.co/GWnMW5fbEi

The radical Left has fervently pushed for schools to teach CRT. Understandably, school districts are pushing back. It took courage for one California school board to stand up against the harmful ideology, and hopefully, more will do the same to protect the next generation of leaders from this racist teaching.