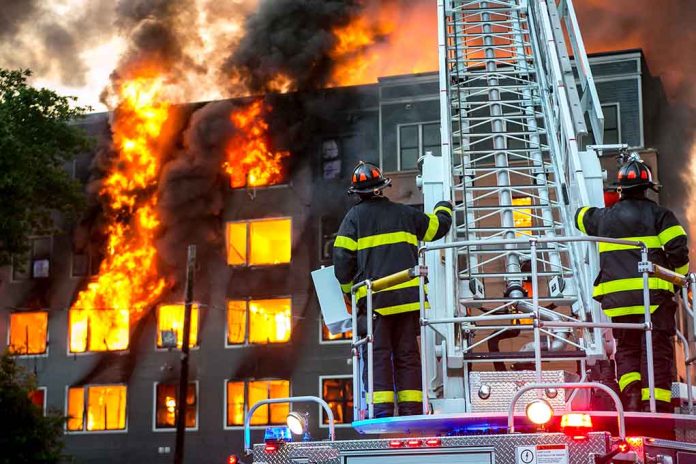 (NewsBroadcast.com) – Accidental fires are always frightening, especially when they occur in places they can spread quickly. Such fires usually take place in the western portions of the United States, where the air and land are incredibly dry. However, a terrifying blaze recently broke out at a plant in Winston-Salem, North Carolina, bringing with it fears over a potential explosion to local residents.

On Monday, January 31, a fire broke out on a loading dock of a fertilizer plant just north of Winston-Salem. While the fire was “relatively static” overnight according to the city’s fire chief, the plant stores 600 tons of ammonium nitrate, meaning the factory could explode if the combustible chemicals got too hot. With this in mind, authorities asked the over 6,000 residents within 1 mile of the plant to evacuate.

Fox News shared a photo of the chaos:

'GET OUT': Massive fire rips through fertilizer plant, thousands asked to evacuatehttps://t.co/DQWQu3w7jV pic.twitter.com/GIOL0NhFoD

The fire chief believes a potential explosion could take place anytime within the 36 hours after the blaze began. However, the fire department will continue to survey the situation over the coming days. The blaze also caused Wake Forest University to cancel classes for the day. Hopefully, this fire ends without a major explosion or injuries, and the community and plant can bounce back from the devastation.